When I started at TpT we were just starting to migrate applications to a microservice architecture of Kubernetes orchestrated Docker containers (buzzword overload). One of the issues we ran into was how to standardize and automate our container deployment pipeline. At the time, deploys happened through a mix of bash scripts, automatic image builds on DockerHub, manual image builds on laptops, and Kubernetes configuration editing on the command line. It was clear that we needed to unify deployments and create a framework for future microservices.

We were already heavily invested in Jenkins, but I didn't want to manage deployments through freestyle jobs because we couldn't check in changes to revision control and I felt that defining the build via the GUI was error-prone and allowed for too much configuration drift between services. The features that drew me to use Jenkins Pipelines were: 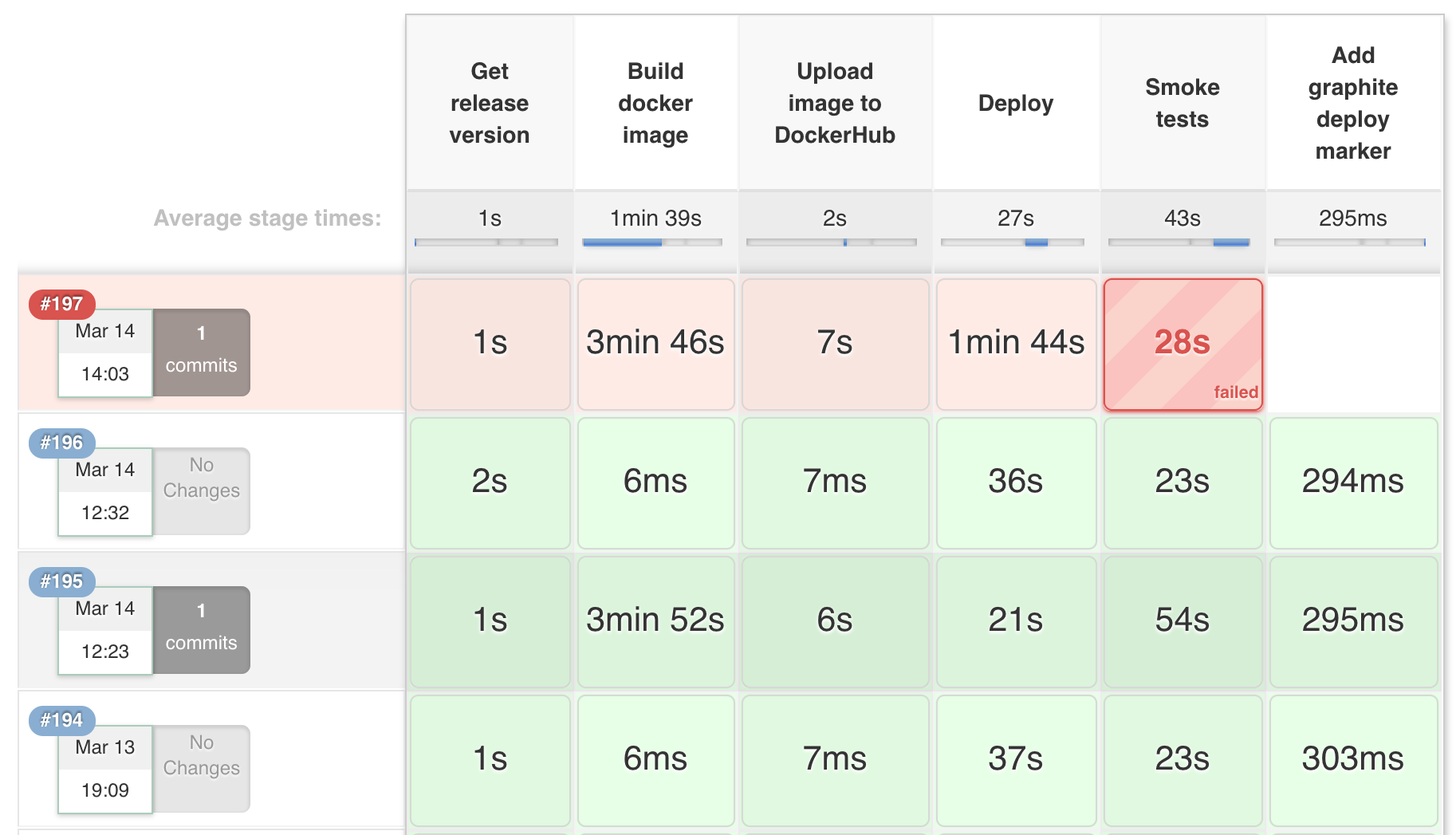 There was just one small detail, in order to get all these benefits the job configuration needed to be defined in a "Jenkinsfile" containing a script written in a custom Jenkins DSL built on top of Groovy. This DSL has a lot of quirks and can difficult to pick up, but after much frustration and trial-and-error I managed to get our pipeline up and running.

Now I want to take you through some issues I faced when writing a Jenkinsfile, discuss some weird bits that I found surprising, show a bunch of code samples for discussing and copy/pasting, and also provide some links to helpful resources. Hopefully this will make it easier for you to get your own Pipeline running and clear up some confusion around Jenkinsfile syntax and usage.

It is always tough going back and trying to remember what gave you trouble when you were learning something, but a few points about the Jenkinsfile DSL stuck with me.

I ran into this Reddit rant a few days ago where the poster is going off about all the shortcomings of Jenkinsfiles. It's a little funny, a little entitled, and entirely accurate. Just so you don't feel you are alone when your job fails for the nth time, here are my own biggest frustrations:

It is tricky finding the most useful bits that Jenkins provides, some of the most helpful are:

There are very few available code examples, I found the most helpful to be:

I hope all that didn't scare you off! I still think writing Jenkinsfiles is worth the trouble in order to get access to Pipelines. And as weird as writing scripted Groovy is, I honestly think Jenkinsfiles are an improvement over the previous Jenkins workflow of writing bash scripts pasted inside of code blocks in the GUI. It isn't perfect, but it is an improvement. I'm looking forward to the documentation and tooling around Pipelines to improve in the near future, but I've been able to be very productive with Pipelines despite the limitations of the current toolset.